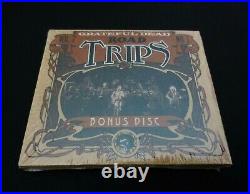 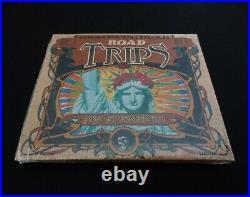 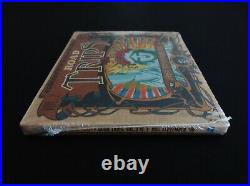 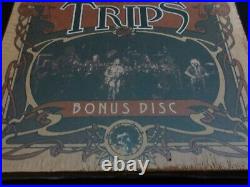 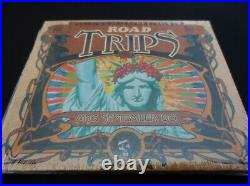 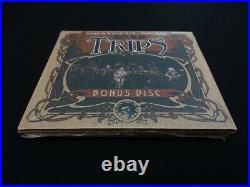 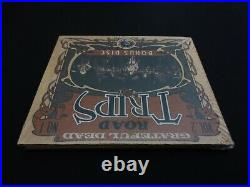 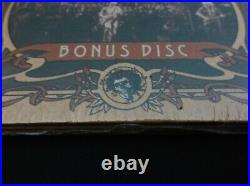 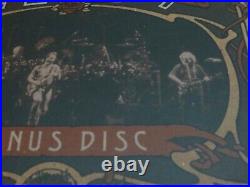 Grateful Dead : Road Trips Vol. 1 – MSG September’90!!! September 1990 – Madison Square Garden M. S. G. New York City – New York , New York (NY) : 2008 (1990/2008) Grateful Dead Productions, Inc. / Rhino (GDP / Rhino) : 3 CD Complete! Bonus Disc CD Set!! Portion of the Huge!! / MSG Fall Tour’90 stand! At the Good Ol’ Garden!!! Of The Grateful Dead!!! At Madison Square Garden!! – in New York City!!!! – Live Music Muscle! & Grateful Dead ” Hope “!!! — that we can overcome….. To me, that’s what comes to mind when I think of this Triumphant! 1990 Fall Tour return to New York City. There’s only one Brent, and to my ear the mold was broken after that guy. Most musicians could only dream of having that much talent & raw, genuine soul. I can’t even imagine how the rest of the Band felt, and how much pain they were feeling to lose him. And from a musical perspective, how do you fill such a massive presence on the keys? All song structure timings & any/all rhythm and lead platforms were at risk. Jerry Garcia was a brother in music with Brent and that was one of the fiercest combos Rock’n Roll has even seen, without a doubt. Bob Weir knew Brent longer than anyone in the band, as he was in Bobby’s band and that was how he initially caught Jerry’s eye at the Paramount in Portland in 1978 when they were touring together! But Phil Lesh & his wife Jill had become very close personal friends with Brent and his wife Lisa, so from my understanding – the loss of Brent to Phil was completely devastating. Phil has even stated that he thought the Europe’90 Tour probably shouldn’t have happened because the band was still too heart-broken, and in hindsight they should have all just taken time off to heal. Another thing that Phil has spoken of is his Love for playing in Madison Square Garden – as in his opinion, it is one of his favorite indoor arenas anywhere from a spacing & acoustic & even Rock History! Standpoint – for a venue of that size & capacity. So I can only imagine how emotional this September 1990 run was to Phil, and of course – all the rest of the boys. Thankfully, what you have here is the emotional goodness of that run captured excellently! In this Road Trips Volume 2 Number 1 release – from 2008. Documented proof that The Grateful Dead ” Will Survive “, would survive – and that they would do so in magical fashion. Put in Disc 1 and a peppy Truckin’ > China > Rider with Garcia grinding overdrive flurries! Immediately makes this point. Then it doesn’t stop… Playin’ > Uncle John’s > Let It Grow!! — Jam > Darkstar > Playin’ > Darkstar!!! ? & Foolish Heart >’ Jam’!! On the ” Bonus Disc ” CD!!! Resilience in celestial fashion, and with New York style energy too! Grateful Dead’ Live’ at the Madison Square Garden in New York, New York (NY) on September 18, 19 & 20, 1990 (9/18/1990 – 9/19/1990 – 9/20/1990). Jam > Dark Star > Playing In The Band > Dark Star > Throwing Stones > Touch Of Grey Turn On Your L ovelight Knockin’ On Heaven’s Door (Encore 9/18/90). Bonus Disc CD – Disc Three (9/18/90). Mississippi Half-Step Uptown Toodeloo Picasso Moon To Lay Me Down Eyes Of The World > Estimated Prophet > Foolish Heart > Jam Out Of Foolish Heart. Item Condition : This Very-Rare!! Out of Print (2008 GDP / Rhino release) Grateful Dead Road Trips Vol. 1 MSG September’90 (” Bonus Disc ” 3-CD Set) is in Like New condition – very-close to Brand New overall. The factory sealing shrink wrap has been severed on this 3-CD Set, but the CD Cases (2-CD Case & 1-CD Bonus Disc Case) have never been removed from inside the factory sealing shrink wrap. The CD’s have never been played – and the CD Case, CD’s & Liner Notes have never been touched severed shrink only! This 3-CD Set is Brand New – minus the opened / severed shrink wrap mentioned, and it has been ” Collected-Only ” inside protective plastic in my professional CD rack. Please see all photos provided. Photos included are of the actual item you will receive. At M. S. G. This item is in the category “Music\CDs”. The seller is “springfromnight1989″ and is located in this country: US. This item can be shipped to United States, Canada, United Kingdom, Denmark, Romania, Slovakia, Bulgaria, Czech Republic, Finland, Hungary, Latvia, Lithuania, Malta, Estonia, Australia, Greece, Portugal, Cyprus, Slovenia, Japan, Sweden, South Korea, Taiwan, Belgium, France, Ireland, Netherlands, Poland, Spain, Italy, Germany, Austria, Bahamas, Israel, Mexico, New Zealand, Singapore, Switzerland, Norway, Saudi Arabia, United Arab Emirates, Qatar, Kuwait, Bahrain, Republic of Croatia, Malaysia, Chile, Colombia, Costa Rica, Panama, Trinidad and Tobago, Guatemala, Honduras, Jamaica, Antigua and Barbuda, Aruba, Belize, Dominica, Grenada, Saint Kitts-Nevis, Saint Lucia, Montserrat, Turks and Caicos Islands, Barbados, Bermuda, Brunei Darussalam, Bolivia, French Guiana, Guernsey, Gibraltar, Guadeloupe, Iceland, Jersey, Jordan, Cambodia, Cayman Islands, Liechtenstein, Sri Lanka, Luxembourg, Monaco, Macau, Martinique, Maldives, Oman, Pakistan, Paraguay, Reunion.